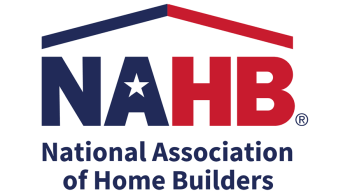 While the National Home Builders Association (NAHB) celebrates its 75th anniversary in 2017, S. Robert August has been with the organization for 45 years and has become one of its most celebrated members. Milestones Robert has achieved through the NAHB include:
​
SALES: By leveraging the invaluable network of talent he encounters at the NAHB, Robert has helped to merchandise more than $25 billion retail, residential, resort, recreational, commercial, institutional, industrial, and governmental real estate throughout his career.

MARKETING: From his early economic development initiatives, Robert devised an innovative real estate marketing approach that leverages the resources of economic development councils, chambers of commerce, HBAs, Boards of REALTORS, and more to maximize a project’s success. This unique and effective marketing model is a primary reason why Robert remains one of the most coveted real estate marketing experts around the globe.

MENTORSHIP: Robert has been a mentor to thousands of emerging and established real estate professionals throughout his career. He has written and edited countless IRM, CSP, and personal courses. He has traveled to Home Builders Associations throughout the country to teach and has conducted sales and marketing seminars on behalf of local, state, and national sales and Marketing Councils. He is one of four individuals nationwide to hold the Master Train the Trainer distinction.

GROWTH: With over 3,200 credits for NAHB membership recruitment and retention, Robert is the 2nd all-time leading SPIKE, significantly helping the organization to expand and prosper. FUNDRAISING: Robert has helped raise over $75 million for the NAHB.

DISTINCTION: In 2017, Robert was honored with the NAHB’s Legend of Residential Marketing Award for his creative contributions to the real estate industry spanning decades. Robert twice received the William “Bill” Molster Award for the most outstanding sales and marketing professional in the nation.

Through uncompromising principles, an energetic work ethic, and a constant commitment to elevating the industry and all those within it, Robert is the personification of NAHB real estate excellence.